There are few greater gifts I have received than my grandfather’s old pre-64 Winchester Model 70 in .270.

When my grandfather gave me this rifle around four years ago, it was aged, worn, and well weathered. The blued finish that once painted the barrel and action had greyed. And the laminated wood stock was dulled and slightly chipped in a few places.

But the slick action still cycled true to form with no resistance at all. The trigger was crisp and light. And I could tell it was a gun that my grandfather used often- a gun that would be faithful and accurate to the man who wielded it.

While I could have the metal reblued and the stock refinished, it’s current form is the way I’ll leave it. It gives the gun character…and a soul.

Carried by both snipers in the jungles of Vietnam and big game hunters in the Rockies, the Model 70 has established itself as one of the best bolt action rifles in firearms history. Let’s find out why.

These pre-64 Model 70s are widely considered to not only be the best versions of the Model 70, but also some of the very best bolt action rifles, period. All pre-64 Model 70s have a serial number less than 700,000, which makes them very easy to identify.

My own Winchester Model 70 is indeed of the pre-64 variety. The rifle was manufactured in the Winchester factory in 1938, making it one of the first M70s to be produced.

My grandfather had bought the rifle used in the late 1950s when he was around nineteen years old. It became one of his faithful hunting rifles for decades.

The gun remained unfired for over three decades, until he presented it to me one early afternoon in 2017. It came complete with the worn leather sling and the 1950s-era Weaver scope the gun originally came with.

To my pleasant surprise, the gun was still sighted in just as well as it was thirty years ago . No adjustments to the scope were necessary.

I bagged my first elk with it nearly two years ago. A small herd of elk were stampeding through the trees perhaps a hundred yards away. I raised the M70 to my shoulder and a running bull appeared in the crosshairs of my scope for perhaps a split second.  I squeezed the light trigger, followed by the loud CRACK of the .270 round going off.

One moment the young bull was in the scope, and the next moment he had vanished. I initially thought I had missed, but a quick re-evaluation of the scene told a different story as the beast was on the ground, struck right through the side. The M70 had hit right where I had been aiming. It hadn’t failed and that bull became the fifteenth elk it had taken.

The Winchester Model 70 is called the Rifleman’s Rifle, and we’ll discuss why in the next section.

This original take on the Model 70 was a very high quality rifle, and it shows when I handle my own specimen.

The action to the Model 70 is very durable and smooth to operate thanks to the Mauser non-rotating claw extractor and the forward locking lugs. This permits you to easily extract shell casings out of the rifle as well.

In many ways, the pre-64 Model 70 was even superior to the Mauser 98 rifle that had inspired it. That’s because the Model 70 has a blade-type ejector and more durable forward locking lugs.

There are other notable features of the Model 70. in .270 as well. Perhaps the most noteworthy is the three position safety that has been replicated in countless other bolt action rifles since, including the Ruger Model 77.

The Model 70 also sports a breaching system that prevents damage to the bullet nose while loading it from the magazine. It also contains a steel trigger guard, an adjustable trigger, and a one piece bolt construction for ruggedness and simplicity.

In the early 1960s, Winchester’s biggest competitor Remington released the Model 700 bolt action rifle. Long story short, the Model 700 was also a very well made rifle that utilized the simplified push feed mechanism, and was therefore much more affordable.

This led to Winchester completely redesigning the Model 70 to make it cheaper…which ended up becoming a major mistake. In 1964 the second generation Model 70 was released. These rifles were dubbed the post-64 Model 70, and needless to say, it was cheapened significantly from the pre-64 versions.

The two biggest reasons why the post-64 Model 70s are not held in as high regard as the pre-64 models are:

Winchester sought to make the Model 70 cheaper to build so it would be cheaper to sell. To accomplish this, they switched the design from the Mauser style controlled feed action to a push feed action similar to the Remington 700.

They also eliminated the Mauser non-rotating claw extractor, and went with a smaller extractor that did not engage the rim of the cartridge and instead merely clipped over it instead. This system was cheaper to make, but it was also not as reliable as the older design.

To cut labor costs, Winchester also built the rifling via hammer forging rather than by hand like the older Model 70s. The receiver was likewise now forged. They replaced the steel trigger guards and magazine floor plates with lighter but less durable aluminum, and redesigned the checkering on the stock.

Unfortunately, the Winchester plant was closed in 2006 by U.S. Repeating Arms due to declining sales, and there was a three month hiatus on the production of Winchester Model 70 rifles (in addition to Winchester’s lever action rifles, like the 1894).

In late 2006 Olin Corporation (who owned U.S. Repeating Arms and the Winchester name with it) announced that it would work with Browning to produce a new Model 70 that used the traditional pre-64 Mauser-style controlled feed action. FN Herstal owned Browning, which had manufacturing facilities in South Carolina and Portugal.

This means that, in effect, new Model 70 rifles are essentially FN-made rifles with the Winchester name and logo. Nonetheless, the new Model 70s closely replicate the original design of the pre-64 Model 70s.

The Model 70 utilizes the same controlled feed action and locking lug system. They are also exceptionally well made with stellar accuracy and build quality. For these reasons, some people today consider the new FN made Model 70s to be equally as well made as the original pre-64 Model 70s.

A quick perusal of Winchester’s website reveals that there are multiple variants of the Model 70 they produce today as well. This is across all major calibers and with stainless or blued finishes and wood or synthetic stocks. And with a variety of different barrel lengths as well.

My father’s own Model 70 today is an FN-made ‘Shadow’ model made in 2013. It’s in .30-06 Springfield with a blued finish and synthetic stock, complete with a Leupold 3-9×40 scope. It’s every bit as good (if not yet as well used) as my pre-64 M70, coming with a smooth and yet durable action and light trigger that doesn’t ask much of you.

The Shadow Variant of the Winchester Model 70 also comes with a rubberized grip texture on the sides and underside of the stock where you hold your hands. This allows you to get a more firm grip while your hands are wet from sweat or the rain.

It dropped a doe on one of our hunting trips two years ago and shoots just as accurately at the range. This shows that the new FN Model 70s remain true to Winchester’s original iteration from decades ago.

Another popular variant of the Model 70 today is the Featherweight. As the name suggests, the Featherweight is a much lighter version at just six and a half pounds. This compares to the standard Model 70’s weight of eight pounds).

The current production Featherweight’s sport the same checkering on the wood stock that Winchester has been using for the last forty years. It also comes with a thin rubberized pad on the end of the stock to help absorb recoil.

The Featherweight delivers harsher recoil than standard Model 70s due to the reduction in weight. But the trade off is they are much easier to carry at long distances through the woods. When you want to move as quickly and as light as possible, the Featherweight version of the Model 70 is one of the best modern day hunting rifles.

Another popular version of the Model 70 designed to handle the biggest calibers (such as .338 Winchester or .375 H&H) is the Alaskan and the Safari Express.

These versions of the Model 70 come with open sights since they can be used without scopes. And the front side is bladed to help keep it protected.

My own Winchester M70 will remain in my possession for nearly as long as I’m alive. 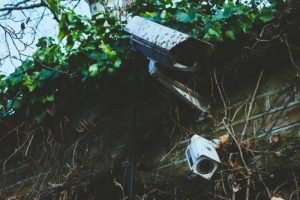 PrevPreviousA Prepper Garden is Key to Survival: Here’s Why
Next8 Type of Survival Shelter to BuildNext
Related Posts 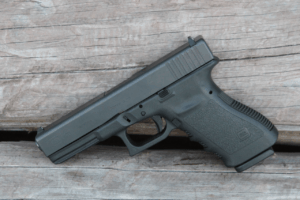 Are you considering purchasing a Glock 20 in 10mm Auto? If so, you’ve come to the right place.  There are 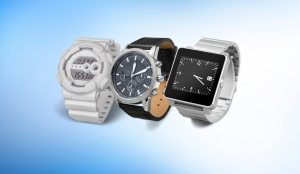